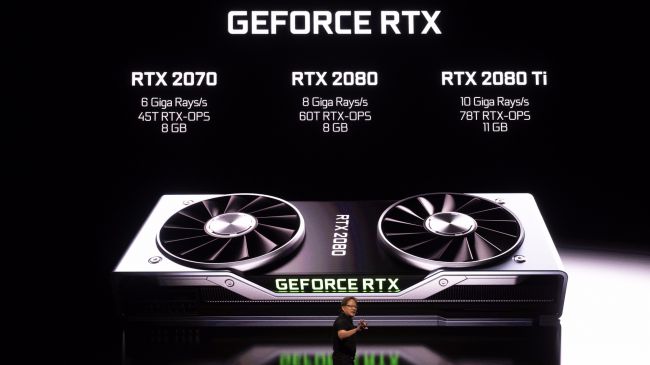 It’s been over two years since Nvidia introduced the GTX 1080 making the 10xx series the longest lived in recent memory.  Will we get two generations of performance improvements?  Did Nvidia milk the 1000 series?

When Nvidia released the 1080/1070/1060 card shortages weren’t an issue.  I say this as someone who bought a GTX 1060 as soon as it was released, for a respectable $259.  It wasn’t a problem and there were many to choose from.  Once the cryptocurrency craze kicked in, card shortages and higher selling prices became the norm.

Did Nvidia raise prices when demand increased?  I think Nvidia left money on the table, which was scooped up by the manufacturers and retailers.  The new RTX 2000 series changes that.  Seeing the current higher selling prices of their now two year old GPUs, Nvidia has increased their selling prices.

What I’d like to know is if Nvidia held back the 2000 series release.  The 1000 series has been out for 28 months now, making it the longest lived generation in over 10 years.

Consider that Nvidia announced the RTX 2080 Ti along with the RTX 2080.  Historically, the Ti series was a mid-generation upgrade with boosted clock speeds and more cuda cores.  This made sense as they can get better yields as the process is improved over time, resulting in fewer defects in the wafers and more usable cores.

So here we are, an RTX 2080 Ti at launch.  Maybe Nvidia is shaking up their naming convention.  They did switch to the RTX name after all.  Maybe Nvidia held back their release until mid-generation and the Ti is ready at launch.  If we see an RTX 2180 in less than 12 months I’ll bet it’s the latter.